SilverBow Resources, Inc. (NYSE:SBOW – Get Rating) CEO Sean C. Woolverton sold 10,000 shares of the company’s stock in a transaction that occurred on Wednesday, April 13th. The stock was sold at an average price of $40.00, for a total transaction of $400,000.00. Following the transaction, the chief executive officer now owns 240,721 shares of the company’s stock, valued at $9,628,840. The transaction was disclosed in a filing with the SEC, which is available through this link.

About SilverBow Resources (Get Rating)

SilverBow Resources, Inc, an oil and gas company, acquires and develops assets in the Eagle Ford shale and Austin Chalk located in South Texas. As of December 31, 2021, it had proved reserves of 1,416 billion cubic feet of natural gas equivalent. The company was formerly known as Swift Energy Company and changed its name to SilverBow Resources, Inc in May 2017. 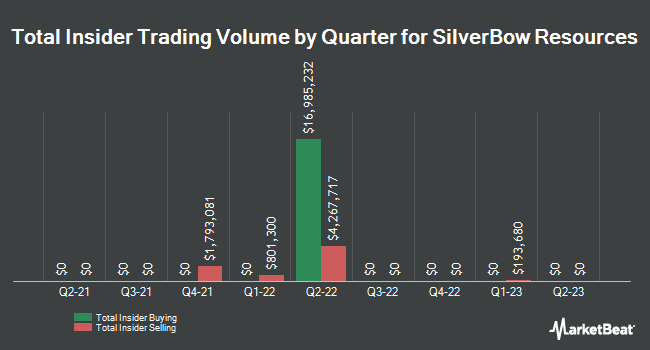 Skillz Inc. Given Average Rating of “Buy” by Analysts

TD SYNNEX Co. Given Consensus Recommendation of “Buy” by Analysts

Complete the form below to receive the latest headlines and analysts' recommendations for SilverBow Resources with our free daily email newsletter: